The vanilla Minecraft technology survival has become a hot topic in recent years. Perhaps because of the pandemic, people have been able to pick up the game they put down years ago, or perhaps because of the successful advertising of TIS, students have been able to look up from the tasteless mobile games, and this long-history but minority topic has gradually entered the public eye. In the last three years, a large number of new technology survival servers have founded and fallen, and both old and new players have been blown away by the unlimited potential shown by this decade-old game. And behind these servers, almost all are using a significant server management tool - MCDReforged.

With the development of TIS, powerful functions shown by the MCDaemon are notified by many people, especially the saves backup and rollback. They want to use MCDaemon to manage their server, but it does not support Windows. Therefore, lightbrotherV created the project MCDaemon-go[4], which is compatible with the Windows system.

Although MCDaemon-go is compatible with windows, it is not able to load Python plugins from MCDaemon. Repeating the development of two system plugins is obviously not a wise move, and not unsustainable for long-term community development. During the period, some users created forks like MCD-Windows, now most of them are deleted.

MCDaemon has been used by TIS for a while, and many problems have been revealed, and there are a lot of features to optimize, so the development of MCD 2.0 is on the agenda.

In March 2020, Fallen_Breath started the development of MCDReforged[6], which can run on Windows.

Chino sent the source code of MCD 2.0 and the expected features list to Fallen_Breath. In March 2020, MCDR released its first prerelease. In May, chino announced to stop the development and maintenance of MCDaemon.

At the beginning of MCDR development, I gave Fallen a small portion of the MCD 2.0 source code I had written, as well as a list of expected MCD 2.0 features. It’s hard to say if it helped Fox write MCDR, but the directory structure in the src of MCDR does look like MCD 2.0.
—— chino_desu

MCDReforged is a tool that provides the management ability of the Minecraft server using a custom plugin system. It doesn’t need to modify or mod the original Minecraft server at all. From in-game calculator, player high-light, to manipulate scoreboard, manage structure file and backup / load backup, you can implement these by using MCDR and related plugins.
—— The readme of MCDReforged[6] 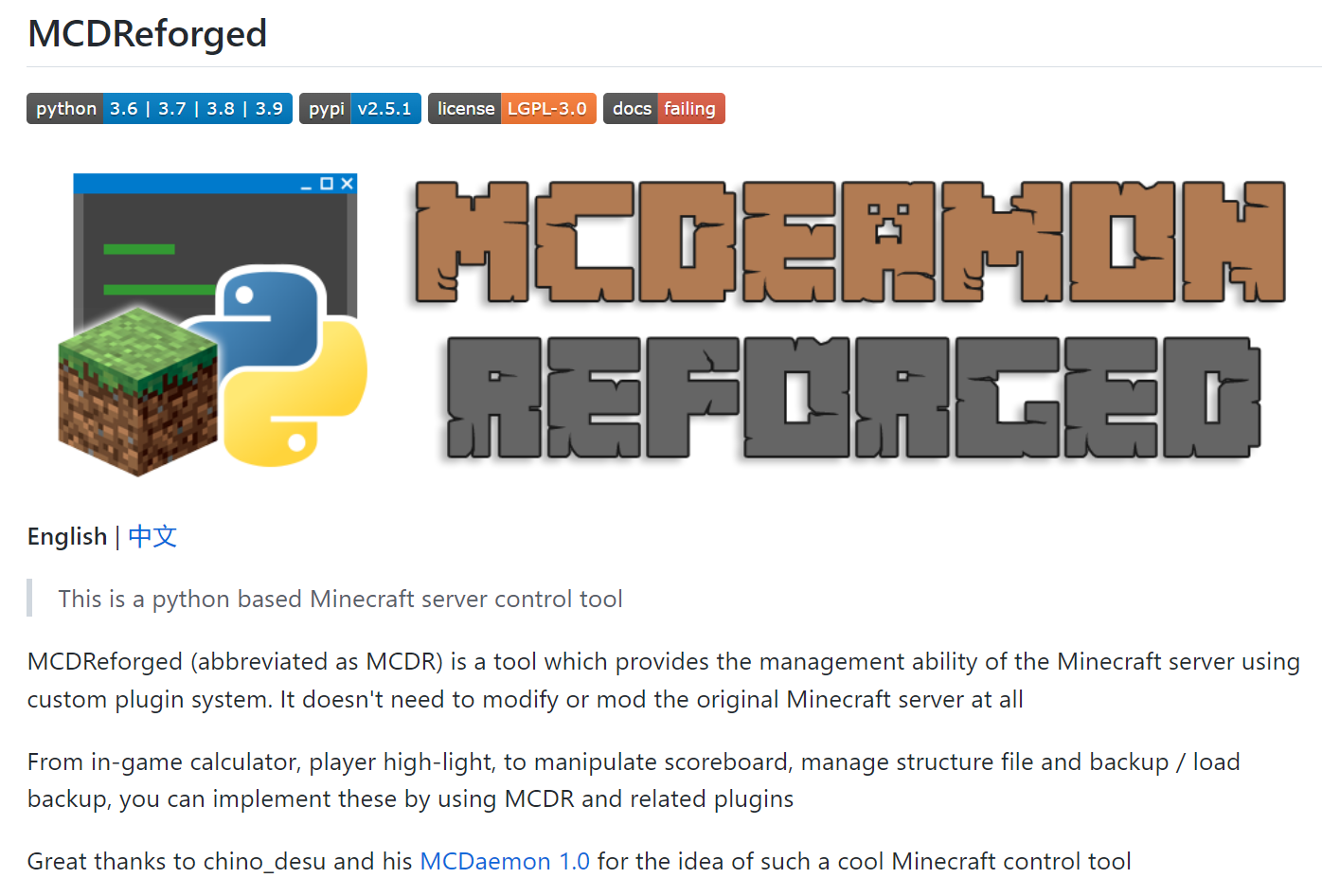 The MCDReforged completely liberates the limitations of MC server management. The relatively independent server management tool can manipulate server files during the server is turned off, or provides functions without permitting OP permission to players.

Today many bukkit and mod servers are using MCDR to use save file management, and cross-server chatting functions.

Actually, the principle of MCDR is really simple.

MCDR uses Popen to start the server as a sub-process, then it has the ability to control the standard input / out stream of the server. Since the console output of a Minecraft server has a stable format and contains a large amount of useful information about the server, e.g. player chat messages, MCDR is able to parse and analyze the server output, abstract them into different events and dispatch them towards plugins for responding. With the help of Minecraft command system, MCDR can send Minecraft commands via the standard input stream to affect the actual Minecraft server. [6]

Plugins react differently depending on different events. For example, players can back up server saves, send their location to other players, use the calculator, manage and store fake players, etc. by typing specific commands in the chat box. 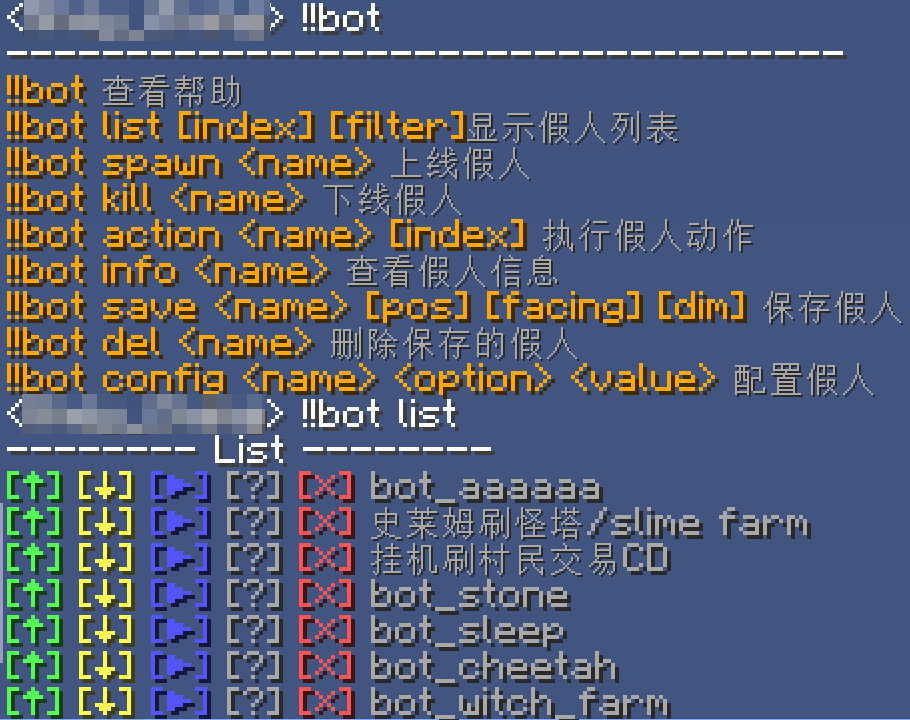